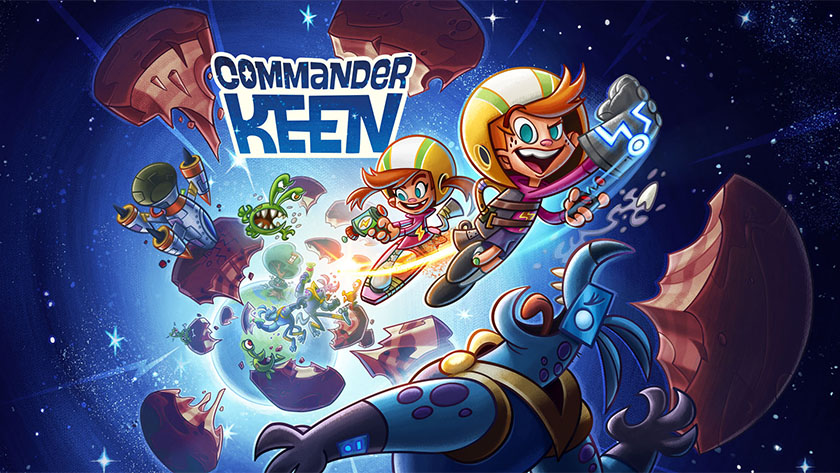 As is the case every year, Electronic Entertainment Expo, commonly referred to as E3, showcases the brightest new gaming projects for the year in front of us. Having taken place in June, E3 summoned some of the best game developers in the world for gamers to see what they can look forward to in the upcoming 12 months.

E3’s main focus are the latest console and PC games, a trend which is hard to imagine will be changed soon. However, each year, more and more mobile games enter the scene and mobile gaming developers introduce their latest work during this event. This year, we saw a great deal of new mobile games being announced. While they are still a bit of a sideshow compared to PC and console releases, there were a few titles gamers could get excited about. Here’s our pick of the best five.

We’ll start off the list with two Square Enix games. The first one comes as, actually, not a completely new game. In fact, it’s a remaster of the original Final Fantasy Crystal Chronicle, creating a mobile version of the game. They announced the original back in 2004 for GameCube. The game brings you the story of Final Fantasy heroes trying to restore (you won’t believe this) a crystal which a meteor wrecked into pieces some 1,000 years before. The game will have multiple levels during the lengthy single-player campaign, which will focus on the narrative.

Square Enix has a great track record of remastering games, and this one should go down the same route. It will be available on iOS, Android, Nintendo Switch, and PS4. However, although we don’t know the price of it as of yet, since it comes from Square Enix, don’t expect it to be cheap. People quote a ballpark figure of $15, and it wouldn’t be shocking if it were even more.

Another Square Enix mobile game which entered the scene at E3 2019. This one is the second installment in the Brave Exvius series. Similarly to the first one, this game is also an RPG with some unexpected twists and turns in the storyline. You will have to have a tactical approach, giving you the feeling of playing a Final Fantasy game. Although it’s in the same universe as the previous Brave Exvius game, this one contains an unrelated story and a revamped gameplay structure.

At E3, Square Enix gave a global announcement, but they presented the game for the first time in Japan earlier this year. The game will launch before the end of the year. Fans of the franchise expect another great addition to the War of the Visions series, which represent one of the most popular and best gachas available on a mobile phone.

One of the most successful gaming franchises has decided to join the mobile gaming community. Its first entry comes in the shape of Elite Squad — a mixture of both multiplayer and singleplayer campaigns, together with online PvP. As expected, the game will lack in quality compared to its console versions. But when weighed up against other mobile games, it’s a good arcade action which fans of the TC games will enjoy. You will be able to collect characters from all previous installments, and there are also gacha elements. Since the PvP mode includes ten people (it’s a 5v5 mode), you’ll be able to join a lobby with plenty of other gamers. You can already pre-register for the game on their official website.

Commander Keen is one of the oldest id Software’s creations, with the first edition of the game having come out in 1990, back when people lived in caves and used torches. This latest installment, which they introduced during Bethesda’s event, revolves around Commander Keen’s kids. You’re in control of their adventure to find and save Dadmiral Keen. There are three modes in the mobile game. There’s the gameplay with a card collection system, a single-player story mode, and an online PvP mode. Playing online will have Billy and Billie fight against each other. The game, which is yet to hit the virtual shelves, should represent a great arcade addition to online gaming.

It will also be interesting to see how the game pans out, both story- and gameplay-wise. Namely, many of the older fans of Commander Keen’s, including several id Software employees, have claimed they disliked the direction which the game took. Time will tell if they were right or were just being snobbish purists, but it’s definitely a title worth checking out.

Of all mobile games which saw the light of day at this year’s E3, Gears POP! is probably the closest one to being fully released. This mobile version brings a cartoonish, cute style to the Gears of War franchise. Collaborating with Funko Pop!, Epic’s Gears of War now has a mobile arcade shooter with the characters adopting the big-headed Pop! Design.

The game doesn’t really resemble original Gears of War editions, with the focus being on the graphics, rather than the gameplay. It has a quite slow pace and simple gameplay. There will be over 30 GoW characters, which will have special abilities. A standard online PvP mode will be available. It seems that it will be a nice little time-killer for the fans of the franchise, and the game will most probably take on the everpresent freemium model. If you’re an Android user, you can go on the Play Store and pre-register for the game now.

The Best Games for Your Smartphone