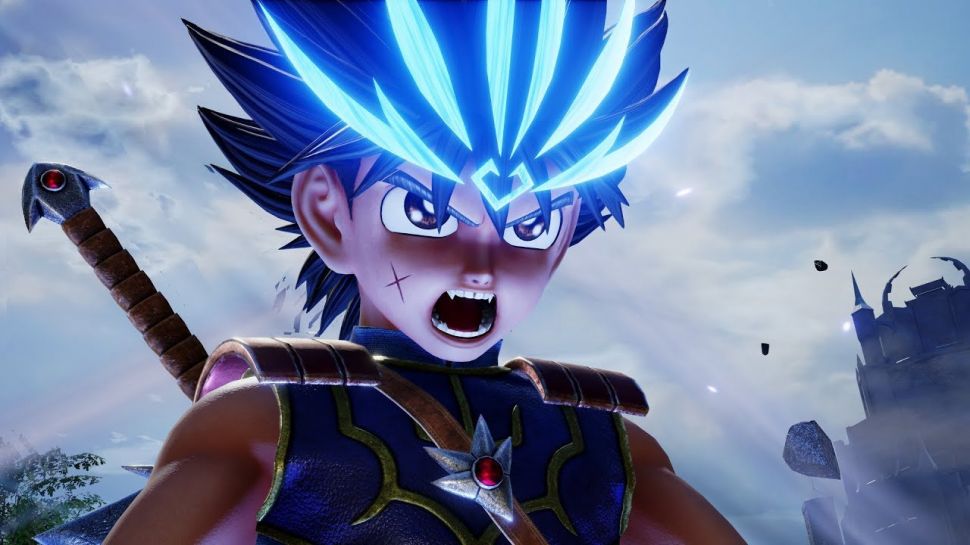 In February of 2019, Bandai Namco Entertainment decided to release a crossover fighting game that would celebrate the 50th anniversary of Weekly Shonen Jump. Developed by Spike Chunsoft, Jump Force combines different anime universes, getting heroes from shows like Naruto, Dragon Ball, and One Piece to come together. And this time, they find themselves in a rather unfamiliar place — the real world.

The game’s story opens up with a dark force moving several manga worlds away from their cosmic places onto a collision course with one another and importantly, the real-life Earth. As you’d expect, destruction ensues. At the beginning of the game, your character finds themselves on Time Square, where you witness Frieza, a Dragon Ball Z villain, attack New York City. Frieza almost kills you, but Trunks (another Dragon Ball character) saves you and introduces you to battling the evil.

Your Own Anime Hero

When you start the game, you will be able to customize your own character, choosing from different appearance elements, such as facial features, hairstyle, and accessories. If you’re a big anime/manga fan like us, it won’t be an easy decision to create your character. The editor tool contains hairstyles and other elements that belong to both better- and lesser-known characters. The more closely you look, the more characters you’ll recognize, and it’s a fun experience to mash them up and try out different looks. Moreover, the customization isn’t for your eyes only. In the beginning, it’s just about the visuals of it. But as you play on, you’ll be able to unlock their signature moves. For instance, if you choose Gon Freeces’ hairstyle, you’ll be able to perform Jajanken later on in the game. The game calls these signature moves J-Skills.

As we all know, Shonen animes are not just about the fighting — they have a compelling story, and the journey is as rewarding as are the epic fights we get to watch. In this game, they didn’t really manage to transfer that feeling. Admittedly, this is a fighting game, so the storyline was never going to be its selling point. Every story development seems like a mere justification for why the fights are going on.

The very beginning, where Frieza attacks Time Square, seems like that part of the story is only there so you would have a reason to customize a new, reborn character. We imagine that there was a meeting in the writing studio and someone asked: “Why would all these characters be in the same place?”. The answer to that was “I don’t know, dude, a dark force fused their worlds or something”! And it looks like they just went with it.

Ultimately, you’ll buy the game because you want to pit your favorite heroes against one another from different shows, so the storyline is not that important for most players. After all, it’s not that easy to justify Luffy, Goku, and Naruto being in the same place with multiple other characters from even lesser-known shows. If you’re a diehard manga fan, you might recognize some obscure characters like Black Clover’s Asta or Ryo Saeba from City Hunter. This might give you an idea of how big the roster is.

While it’s understandable that the story is not that deep, it’s a bit disappointing that they didn’t go into exploring all the possibilities of how the characters would interact with each other. Instead, the game goes down the familiar route of only getting stronger so you can fight the bigger boys. It’s not to say that the story’s boring as there are some exceptions. For example, Light Yagami and Ryuk (from Death Note) have their own schemes going on during the entire solo campaign, and antagonists like Kalena and Kane have a unique story arc. However, their interesting stories do feel like an exception to the rule.

One of the problems this game has is consistency or, rather, lack of it. It feels like different ideas mashed together in one not-so-tasty stew. Formats of the fight switch around quite randomly. Sometimes, it’s a multiple-round battle against Venoms, other times, it’s a one-round fight between characters around whom the story revolves. On the other side, you’ll have to fight one-on-one with just your avatar, team up with one of your allies, or go into a 3v3 mode. It’s a mixture of things that don’t have much logic in it, but it does provide some diversity.

Another, arguably the biggest issue is that, seemingly, developers didn’t really know what they wanted this game to be. It’s a weird mix of a fighting game and a story-based RPG. The thing is, while the fights take the main stage, they are linked in between by the story, and it works both ways — fights are there to progress the story and unlock new characters you can use to create your Jump Force team. Furthermore, you earn XP points for winning fights, which you can use to buy new and upgrade the existing skills. There are also side missions (dare we say quests?) which level up your fighter and give you the option to acquire aesthetical upgrades.

Every character comes with a set of stats and attributes you need to take care of, and you can customize your own fighter by choosing between individual skills. Again, these skills also get upgraded as you level up. As a result, the RPG elements are plentiful and can become a bit distracting when you’re there just to slap around smug-looking Nakago.

When you’re done with the fight (and accompanying cutscenes), you have to push the story on by yourself. For instance, you need to find Director Glover and speak with him. Director Glover is the commander of the Umbras Base hub which you can explore freely when not fighting. However, the hub is way too large and therefore, chiefly empty. The worst thing about it is that the graphics in this area are of lower quality compared to the rest of the game, and you can really sense the drop-off.

Many a time, you’ll progress the story by selecting a mission key from a kiosk, something which was creative 20 years ago. You complete an objective ahead of you and then return to the kiosk clerk so you can repeat the process. As you go around finishing these missions, they become scarce, leaving you wandering around looking for something to trigger the storyline. This is just another example of how they couldn’t narrow down whether they wanted an RPG or a fighting game. If the story was important, they should have incorporated it better. This way, it’s just a nuisance you have to hassle with, so you can go and fight once again.

If you neglect the story part of the game and other RPG mechanics, Jump Force works better as solely a fighting game. When you’re in the single-player campaign, there are free missions you can play to power up your fighters. Alternatively, you can play against CPU outside of the campaign or enter one of the PvP lobbies, where you can play 1v1 or 3v3. The game comes with support for both local and online multiplayer. The PvP mode is the standout feature of the game, where you can form battles with anyone from the whole game cast.

When you first run Jump Force, there’s a mandatory tutorial which is helpful. It lets you understand how some mechanics work, and you’ll get the idea on what’s your best positioning around 3D arenas. However, once you move on from these basic controls, the command system of Jump Force can become a bit overcomplex, as if they tried too hard to make something outstanding.

The basic controls are easy to learn, and the system works so that it makes fights between normally incompatible characters seem logical. For instance, Dai, a sword master from Dragon Quest: The Adventure of Dai, can go into an evenly-matched fight against melee-relying  Kenshiro (from Fist of the North Star), and it won’t feel out of place. If you’re not an advanced player, your game will boil down to mixing weak and strong attacks by mashing two buttons. You can also easily trigger some stronger moves by charging your energy and selecting one of four options.

The More You Learn…

However (yes, there’s a “however”), when you try to move on to some advanced mechanics, issues occur. For instance, a simple tap of a button isn’t enough to swap teammates — you have to hold it down for a bit. But hold it for too long, and you’ll activate a team attack, something that you probably don’t want to happen. The line between these two mechanics (how long you should hold the button for) isn’t clearly defined.

Additionally, the defense system hasn’t been built with precision. There are two ways to defend, by blocking and dodging, and you do both of these by tapping the same button. However, dodging happens very rarely, and you don’t have control over it. In fact, anytime you succeed will feel more as a stroke of luck rather than a working defense mechanic. We don’t want to sound petty — we can live with the fact that Awakening moves (ultra attacks) are virtually unavoidable. But oftentimes, your enemy can string several basic attacks together from which you can’t disconnect. At this point, it becomes annoying.

These poorly-working segments are even more frustrating when combined with the fact that other elements of the game are great. Fighting in Jump Force is engaging and exciting, and at times, it feels like one of the best action-anime games around. The graphics are really enjoyable. Punches and kicks produce flying dashes across the arena, and characters have amazingly implemented signature moves, coupled with catchphrases in Japanese.

Animations deliver a unique experience for a fighting game, with the Awakening moves being some of the most aesthetically impressive ultra attacks in all fighters. It just feels like the game and the player haven’t been given the same set of rules to play along.

Jump Force has some flaws that are clear for everyone to see. Despite that, it’s an enjoyable, engaging game you won’t regret buying. If you’re an anime fan, you’ll find it strangely endearing to select characters from Saint Seiya and create a team with them and others from, say, Yu-Gi-Oh or Jojo’s Bizarre Adventure. The battles are visually impeccable, but like many other games, they fell for the trap of trying too much in too many areas, instead of letting simplicity make the game be realistic and functional. Sometimes, less is indeed more.

To be fair, the initial premise of combining all these characters in one game to celebrate 50 years of Shonen Jump is ambitious in itself. Ultimately, the developers should have focused on some segments. This way, it’s as if they tried to bring everything to perfection, and everything ended up being unfinished.