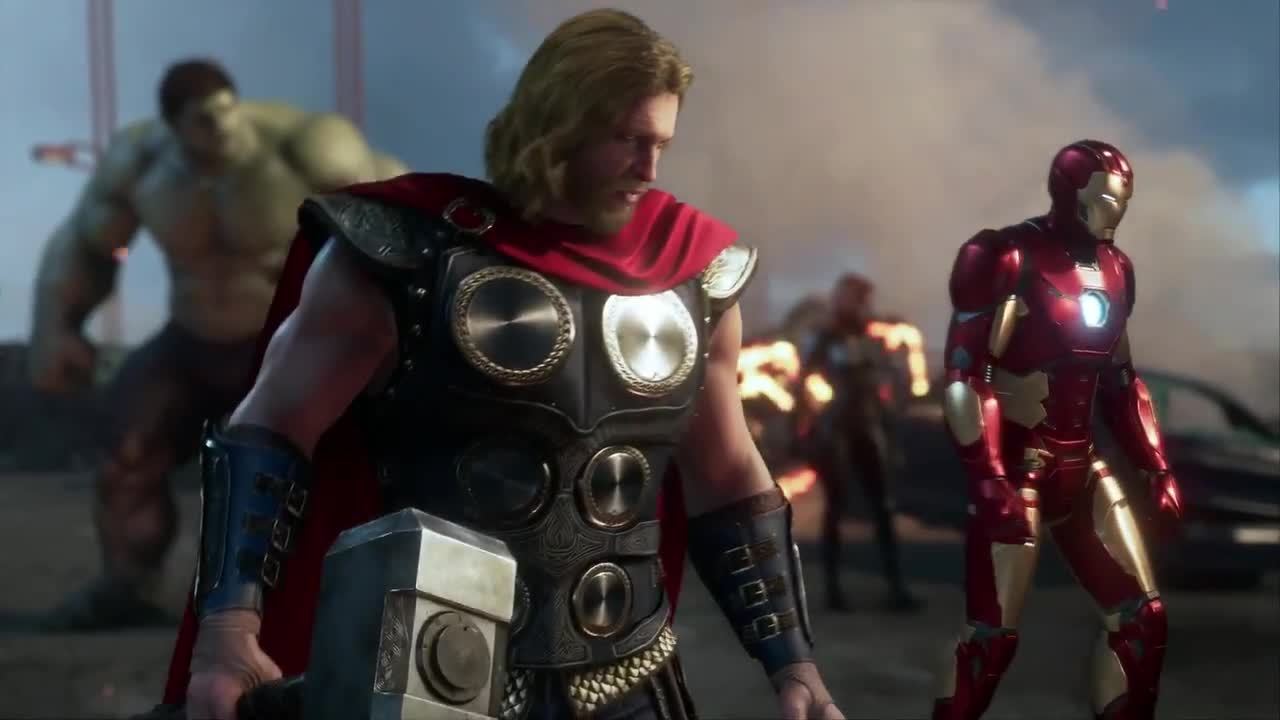 In 2017, Marvel Studios and Square Enix announced they would be working together on a partnership which included several games. The first game they publicly talked about was an Avengers game by Crystal Dynamics. Since the announcement, they went quiet, and fans of the MCU were left wondering what was going on with the development.

Two years later, we’ve received an answer. During the E3 2019, Square Enix revealed the first game which was a product of this partnership. They gave us a preview of the gameplay, what heroes we could expect, and how they intended to move on with the game after the launch.

They came out with a cinematic trailer of in-engine cutscenes and a snippet of prototype gameplay. The main five heroes of the game will be Hulk, Black Widow, Iron Man, Captain America, and Thor.

The storyline takes place in a world just after a catastrophe that took the life of one of the main characters. Superheroes took the blame for what had happened, and the Avengers team had to disband. You can control different characters, with each of them having a unique set of skills and abilities that affect your combat gameplay.

You can play the story mode online in a four-player co-op mode. They’ve announced that the launch of the game will take place in 2020. Crystal Dynamics and Square Enix, according to their statement, will release the base game then, with plans on upgrading the game and supporting it with DLCs for years to come. These DLCs, which will mostly come in the shape of new map sections and additional playable characters, will come free of charge for the owners of the game. They also published who they had cast for the voice acting. Nolan North lent his voice to Iron Man, Jeff Schine to Captain America, and Troy Baker to Hulk. Additionally, Laura Bailey will voice Black Widow’s lines, while Thor will have the voice of Travis Willingham.

The developers were insistent they wouldn’t add any pay-to-win system, nor would there be any loot boxes. They have decided to avoid the freemium system altogether, and won’t even include paying for different skins and apparels that don’t affect the gameplay. Fans of the franchise have high expectations for the game, but it will be interesting to see how things develop after the launch of the game. It’s a slippery slope to make an action-packed game which can live or die by its updates and continuous additions. One game with a similar concept is EA’s Battlefield 5, which has produced free updates for years. That game, however, comes with a comp mode along with co-op and single-player.

The release date for Marvel’s Avengers is May 15, 2020. Players will have it available on PS4, Xbox One, PC, and Google Stadia. PS4 users, according to Crystal Dynamic’s announcement on E3, will be able to get early access with special benefits and surprises.