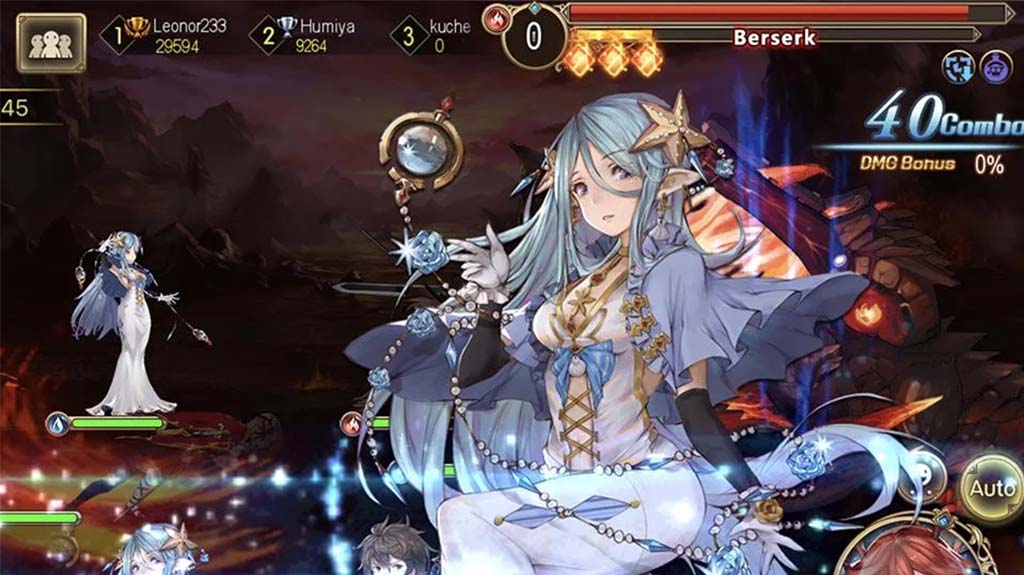 In recent years, anime has risen in popularity. With so many anime shows to watch and manga books to read, you can spend your life getting lost in these Japanese fictions. Fans of anime are passionate about their shows, and non-fans are passionate about making fun of them, making debates between weebs and normies intolerable at times.

Nowadays, you have anime games spring up like mushrooms on every console and gaming device. Be it PC, PS, or your mobile phone, now, when you get an anime game, you’ll get a multi-platform cluster. You don’t get just a game — they create new anime, insert manga features, and there’s a lot of other content as well. With such a wide variety of games, it’s only normal that some of them would be brilliant, and some would end up being failures.

We’ll give you a list of ten of the best (according to us, of course) anime games that are available for Android! All of these games are free to download, but they are freemium. There are in-app purchases you can make which will help you progress through the game faster. But don’t fall for the trap and reach for your wallet all too often.

Dragon Ball, alongside Naruto, is arguably the most popular anime of all time. Dragon Ball Legends, going in line with Shonen Jump show, is a fighting game with side-elements of gacha, adventure, and RPG. You can play both story mode and a PvP multiplayer. As you progress through the game, you can unlock and collect different characters from the series.

The gameplay regarding fighting, as you’d expect from a freemium fighter, mostly revolves around taps, swipes, and simple combinations of the two. You won’t have to learn any complex moves and there are no complicated mechanics. Fans of Dragon Ball series, for the most part, prefer this DB game to any other. They have complained though, about the lack of updates and new content. But when you download it for the first time, hours of fun await you.

In 2018, anime fans received both a new game and a new anime under the name of Grancrest War: Quartet Conflict. They went out with the whole bundle — there’s also a manga, a console game, and a novel series for this new addition to the anime world.

Focusing on the Android game, it’s a classic hack-and-slash RPG. There won’t be anything groundbreaking in it, as it maintains common ground with other games of this genre. You will be advancing through quests and missions, playing with different classes of character. There’s also a possibility to switch between characters mid-battle. They’ve laid down a lot of loot for you to collect along the way which can later be used or replaced with other game items. You’ll also come across some gacha gameplay. The game itself, as a slasher RPG, is nothing out of the ordinary, but its appeal lies in its connections with anime.

It’s not that often you come across an RPG which works in landscape mode. Fate/Grand order is a mobile RPG, and you won’t find much difference between it and other popular gacha RPGs. You have a rather huge selection of characters to collect, all of which come from the popular anime Fate. You pit them against antagonists from the series and battle. There is a story and an online PvP mode.

Although it’s a freemium game, it’s actually friendly towards those who like F2P games, as it won’t force you to buy coins in order to continue playing. They have also cast voice actors to record all the dialogues, catchphrases, and other sound effects which bring a level of immersion to the game. Like any other gacha RPG, you’ll need to have some luck, there will be a tad boring sections you have to grind out, and as always, dialogues have corny moments. Some cynics (not us!) would say it’s just like the series itself.

Azur Lane is an RPG mobile game which combines elements of gacha (of course) with shooting, side-scrolling, and simulation. Although Azur Lane is not a standalone anime show in itself, they announced it would be back in September 2018, which was enough for Yostar Ltd. to develop a game based on it. The game revolves around players collecting female characters which act as warships. The combat is between your anthropomorphic ships and the evil guys, which takes place during an alternate-history version of the Second World War.

In the game, you will come across characters from Armored Trooper VOTOMS and Hyperdimension Neptunia. The gameplay (and other game segments overall) has been clearly inspired by Kantai Collection. It’s a not-so-complex RPG which focuses on its gacha element.

Going in line with Grancrest War, One Piece Treasure Cruise is another Android game that doesn’t really spark ingenuity when it comes to its game subgenre. It’s a gacha adventure game with some RPG elements, and the concept of the game is something you’ve probably stumbled upon previously. However, its appeal is obvious — it’s a One Piece anime game! There are over 1,000 characters from this famous long-running anime series, and a great portion of the storyline has been taken directly out of the series. Authenticity is something they cared about while making the game. They also update the app frequently to add new content and fix bugs.

The gameplay revolves around a simple combat system which relies on tapping buttons. Although simplistic, it’s an effective gameplay, rather than a boring one.

Inspired by the popular light novel series, Bandai Namco Entertainment developed Sword Art Online: Memory Defrag, a popular hack-and-slash RPG filled with action. This game kept a lot of elements from the novels, which fans of SAO will appreciate. You can play an online PvP and a story mode. Both modes are available for single-player or teaming up with friends. The game relies heavily on its gacha elements, while you collect characters from the series and slowly upgrade each of them as you progress through the game. You will experience some crash bugs, so be ready for that.

It’s not a game that you will be playing until the end of days, but as far as mobile gacha RPGs go, it’s in the upper part of the market, that’s for sure.

Developed by NHN Corporation, RWBY: Amity Arena is a game conceptually similar to other dueling games, such as Clash Royale, Badland Brawl, and Hearthstone. Although some purists deny RWBY to be an anime at all, we’re not that totalistic, as the game fits right into the genre, at least in our humble opinion.

You collect playing cards, build your own decks, and then use them to battle other players. Moreover, there are some elements of MOBA providing the game with some originality. You have to destroy enemies’ towers and defense buildings before they manage to bring down yours. As a result, we have a distinctive anime game which went away from the usual route many gacha RPGs go down. One stumbling block comes in the shape of an unbalanced matchmaking system.

If you think that “Re Birth” should be one word, we agree with you, so go and take it up with Bandai Namco Entertainment! The game went out in September 2018, and it’s — you’d never guess — a mobile gacha RPG. The game follows the original Tokyo Ghoul story and evolves it further. You have around 100 characters to look forward to collecting, so that you can place them in a simple combat system and an online PvP mode.

The unique side to this game, and its major attraction, is the fact that there’s social gaming involved. Developers run seasons, and at the beginning of each, they split players into two groups — humans and ghouls. Together with your teammates, you battle the other team for territorial dominance. With this, they’ve found an interesting approach to make their game different from other mobile RPGs. You should definitely give it a go!

Efun Company released this PEGI 7 game back at the beginning of 2018, and they still release updates regularly. Tales of Erin is a mobile RPG, which has a good storyline and high-level mechanics. Of course, it would almost be weird if it didn’t come with any gacha elements. Although the name would want you to believe differently, this isn’t an official Tales game but rather Efun’s take on it. It’s a laid-back game, which you can enjoy without buying any of the freemium items. The graphics are pleasing, and the game definitely deserves a mention, at least until a proper Tales game gets out.

Finally, we have Ultimate Ninja Blazing! This mobile gacha RPG takes the story and characters from arguably the best-known anime — Naruto. UNB is a PEGI 7 app created by Bandai Namco in 2016. Since Naruto is so popular, we felt compelled to include at least one Naruto-based game, and UNB felt like the best option.

There are over 100 characters to collect and a wealth of story quests and side missions to complete. The story mode revolves around the original Naruto story. On top of that, you can also play an online multiplayer mode as well as participate in special events. If you’re okay with making in-app purchases, freemium elements of UNB will certainly keep the game interesting, and you’ll be playing it for quite a while. If you’re a Naruto fan, but this one is not up to your liking, you can always try out Naruto X Boruto Ninja Voltage.