Skip to content
Some twenty years ago, an alien UFO arrived into the Earth’s atmosphere. At the time, human technology didn’t advance enough for them to have the means of accessing the object which just hovered above the planet, seemingly empty and harmless. People were frightened at first as they didn’t know why the aliens came and what they wanted — or if there were any aliens in it in the first place! However, as time went by and the UFO didn’t do anything except exist, people started neglecting it and almost forgot it was even there… Until today! Completely out of the blue, the UFO started emitting bright lights which caused explosions and wreaked havoc upon humanity. We follow the story of Ulsiz, who, after the light made him pass out, comes to Alcatraz. There, he meets up with Jack the Firefighter and Jessica, as they embark on their journey to becoming the heroes of tomorrow! The alien light had a strange effect on people. Most of them have lost their minds and now wander about in groups, attacking those who are trying to oppose them. Others, who are in the minority, like Ulsiz, have managed to remain sane and have actually received a positive effect! They have gained skills and abilities they didn’t possess before, which helps them fight their way through to getting to the bottom of what’s going on. You will travel around the world visiting all the major cities like New York, Seoul, Hongkong, London, etc. It’s up to you to save humanity from the evil alien boss Zrobo! 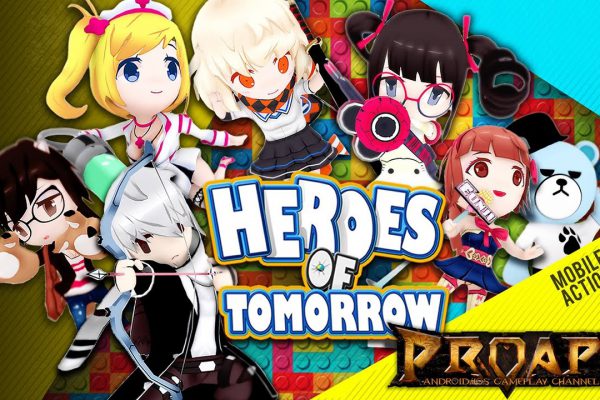 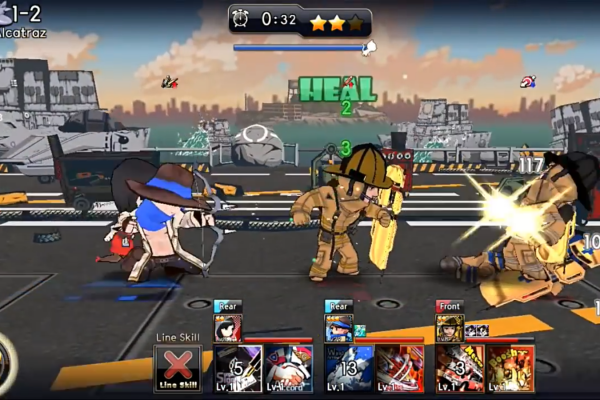 As you progress through the solo campaign mode (named World Adventure), you will be able to unlock and collect new characters. There are over 400 different characters in the game, all of which come with their own set of skills and abilities. There are different player classes. For instance, Jack is a defense-type character who uses a big shield to block enemy attacks. On the other hand, Ulsiz is a ranged damage-dealer, who sits at the back and hurts mobs with his bow. On top of that, characters like Jessica are support heroes — they don’t deal much damage and are weaker, but they can heal and enhance other heroes’ stats. 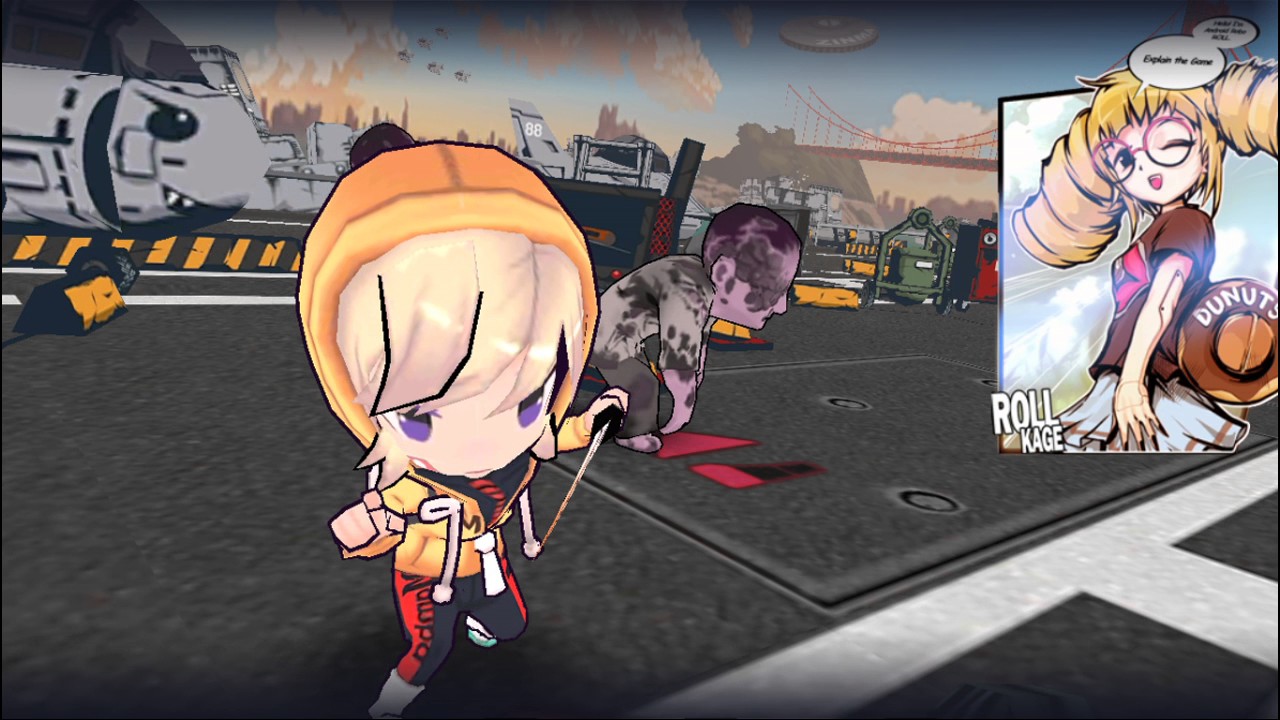 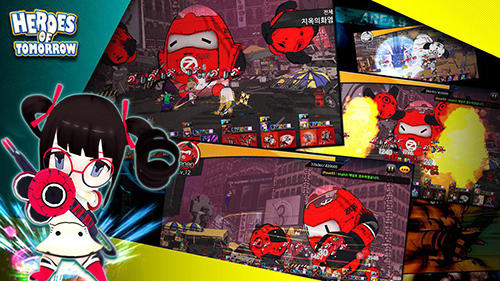 Heroes of Tomorrow, developed by YJM Games, is a 2D RPG mobile game which you can play on iOS and Android devices. When you start the game, you will have the option to choose one of three servers (Asia, Korea, and Global servers). You can also pick one of several languages, which include Thai, Korean, and English.

It has a turn-based battle system during which you select multiple heroes’ abilities in order to defeat the enemy. There’s also an “auto-skill” option, where you let the CPU decide what’s the best course of action. If you select “auto-skill,” the battles happen quicker, but you’re less involved in their outcomes.

As you defeat enemies in front of you, your characters gain experience and level up. Once they reach a high enough level, you can evolve them so they become a higher-star hero. They start off as one-star characters and can go up to having five stars. Logically, the more stars they have, the stronger they are.

There are three in-game currencies — gold, ruby, and bottle caps. You can use them in the shop to buy new weapons and ammunition. You’re also able to spend them in order to speed up the progress of your fighters. For instance, you can spend rubies to evolve a hero who hasn’t reached a high enough level to evolve naturally.

There’s also another collectible — “phones.” This is similar to an energy bar in other games. Every time you start a new mission, you have to invest one phone, and you can’t progress if you don’t have any.

The strategy comes into play when selecting heroes for your team. As there are over 400 fighters with a different set of skills and abilities, your job is to figure out an optimal combination of defense, support, and attacking fighters.

Aside from the single-player campaign World Adventure, there are also other modes you can play. For instance, there’s a PvP arena where you can challenge your roster and your skills against other players who are on the same server as you are. You can also participate in Alien Battle mode, where you get a random battle which isn’t related to the storyline. Furthermore, there are raids (which happen at certain times), so you can play with other players for the collective goal of gathering as much loot as you can. YJM Games regularly come up with events during which they place treasure boxes throughout the Adventure map, so you can get rewards in the shape of bottle caps and rubies. Finally, there’s a forum where you can discuss tactics and miscellanea with other players.